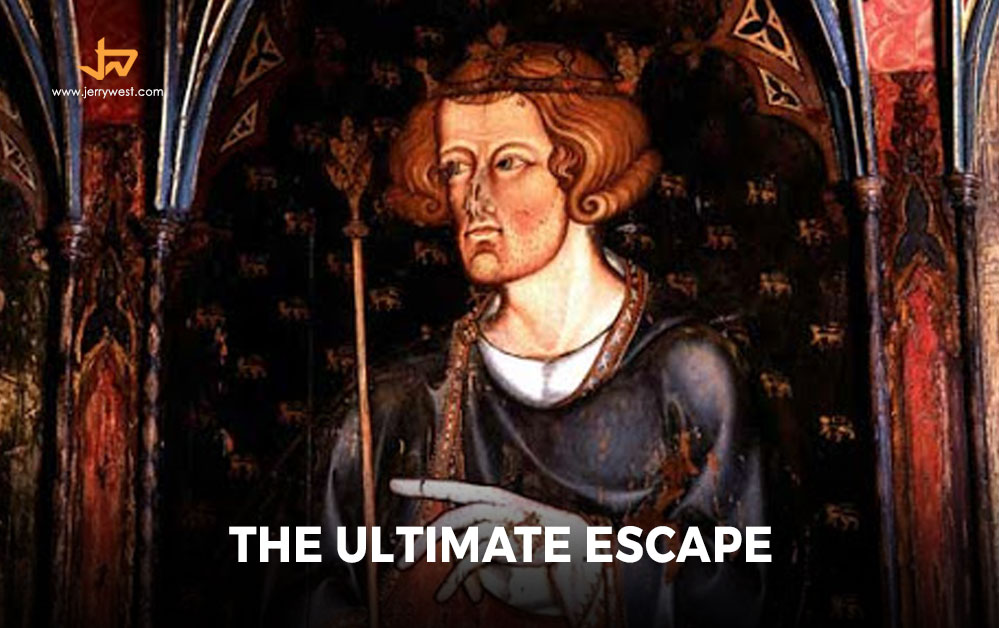 This is King Edward I, and before he was a king, he was a prisoner.

During his imprisonment, he patiently gained the trust of the guards.

When Edward mentioned how bored he was just sitting in his cell, he asked if he could ride the horses to help pass the time.

The first horse, Edward rode exceptionally hard, but in a tight circle to not alarm the guards that he was seeking to escape.

After the horse became worn out, Edward would vocally state his displeasure with the horse and asked for another.

He did the same to the second horse and each one thereafter until there was just one horse left he had not ridden.

Upon mounting the horse and trotting a short distance away from the guards, Edwards turned to the guards and said, “Fuck off!” and rode away.

The guards attempted to give chase, but all the horses were too tired.

This happens all too often in business.

You have your competition in full control, you are in the driver’s seat, and profits are breaking records.

Then you get lazy, complacent, and you let your guard down. That’s when your competitor gets loose and retakes their position on top in the market.

It happened to me once.

Don’t let it happen to you.

Be vigilant and never, under any conditions, trust your enemy. Their true intent is never what they disclose.