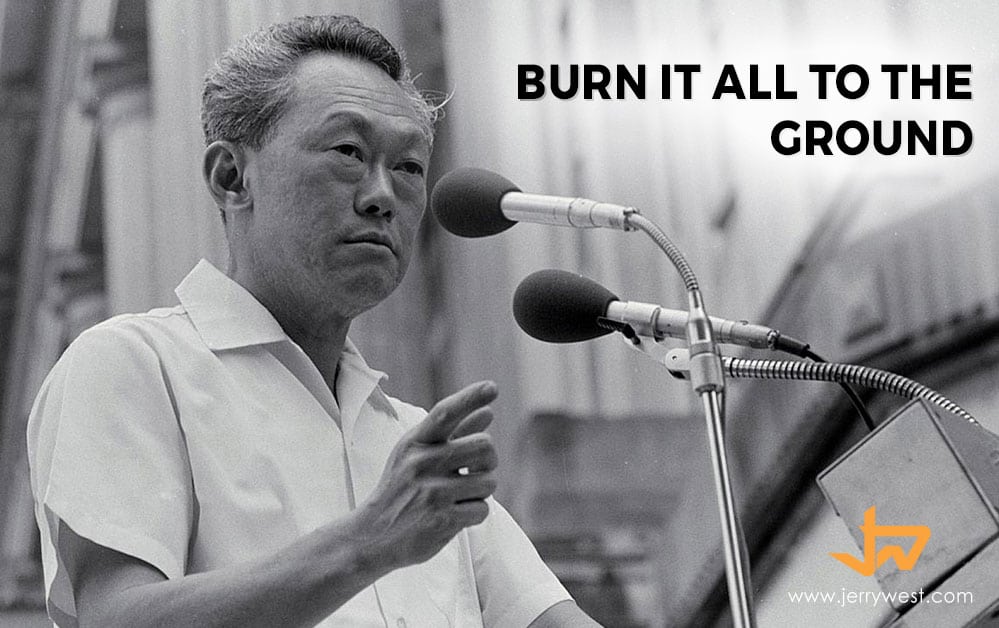 Imagine for a moment you are the ruler of an independent state, literally the size of a major city, and you have dedicated more than three decades of your life building it from a backwater fishing port to one of the key economic players in the world. You learn that the primary source of economic prosperity is being jeopardized by a union strike.

What would you do?

Would you cave to their demands, so the millions of lives you govern do not suffer and the millions you have spent in advertising do not go to waste?

What would you do?

If you answered “Nothing,” then you would be on par with the great Lee Kuan Yew.

Let me tell you a story. On June 3, 1959, Singapore gained independence from Malaysia, and two days later they would elect Lee Kuan Yew as their first prime minister, a position he would hold until 1990. But before he left office, he had his most significant stand, and one that would capture his legacy.

Yew was displeased and was not willing to discuss with SIA on the phone; he demanded the leaders of the union to come in for a face-to-face meeting.

When they sat down, Yew said he was willing to offer them one thing. Nothing. He pointed angrily at the pilots from across the table, just five feet from him and ordered them back to work. Once the discipline of the pilots was restored, they could then come back to have a fair hearing of their demands instead of this illegal strike.

Yew then clinched both of his fists and began shaking them, stating if they refused he would tap into every resource he had, and with the people of Singapore backing him, he would teach the pilots a lesson they would never forget.

With fire in his eyes, he threatened to let Singapore Airlines burn to the ground than to have a negotiation with cowards. He would start a new airline from scratch, and they would regret their decision for the rest of their lives.

They left the room to discuss, and it took just 65 minutes for them to fully surrender to Yew, end the strike and get back to work.

A year later the SIA union was deregistered, and 15 members of the union were tried and convicted for starting the illegal strike. Today, Singapore Airlines is one of the most respected airlines in the world.

Yew told the people of Singapore after the strike ended,

“This is not a game of cards, this is your life and mine. I spent a whole lifetime building this, and as long as I’m in charge, nobody is going to knock it down.”

In your business, you will have constant threats from competitors and also internally from partners and employees. Are you going to allow them to push you around, or are you willing to burn it all to the ground and start over? You must show to your enemies that you aren’t one to mess with because this is not a game, it is your livelihood. For if you bow down to every threat that is placed before you, you will lose the one thing which is most precious.

As a leader, it is far better to be feared than to be loved. Yew personified that perfectly.