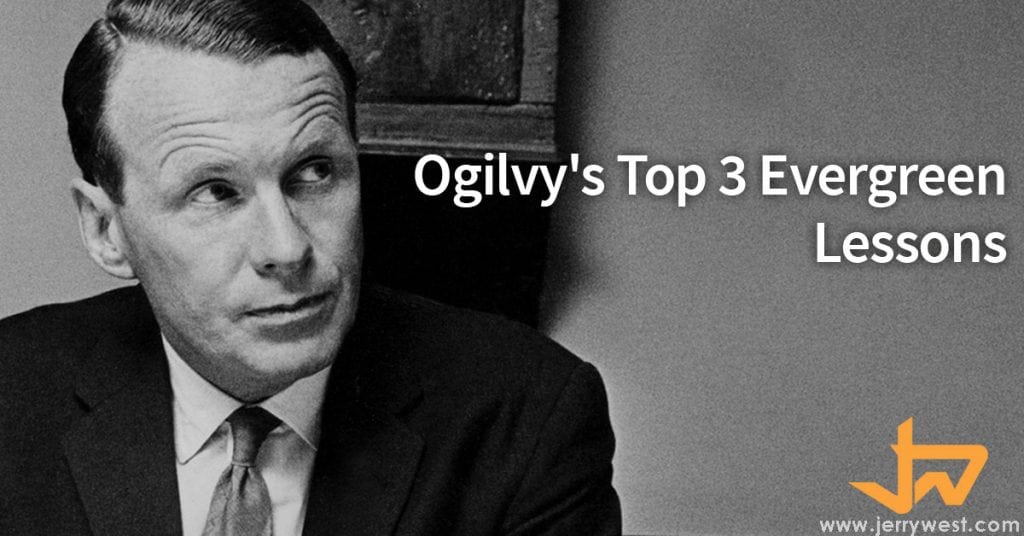 David Ogilvy is a bad ass. Plain and simple. He’s not known as “the father of advertising” for nothing. I once paid major dollars for a site that Ogilvy’s agency linked to. It is one of my favorite domains for that very reason. Much can be learned and used in the SEO/SEM community from David Ogilvy’s time in advertising.

Most ignore it. Others, do not respect it. And then there is this story…

Someone in the Sydney office of another agency (a competitor) sent David a telex asking him  to answer a question, as fodder for a speech.

The question: “What single step would most enhance our reputation for creativity.”

The telex reply: “Change the name of your agency to Ogilvy.”

In other words, you have no chance in hell to enhance your reputation because the Ogilvy agency owns the entire market. So either join us or die a slow death.

There is another story where David took out a full-page ad in the Wall Street Journal outlining his secret formula for creating the perfect ad. The board went nuts citing that if the formula was given out there would be no reason for their clients to retain them, that they would just do their own advertising.

“Nonsense,” quipped Ogilvy. “Ford is in the business of making cars not in creating ads.” He held a hard line and the ad ran. The phones at Ogilvy rang off the hook that day and the rest of the week.

CEOs saw the ad, recognized the utter brilliance and thought, “If this is the stuff Ogilvy shares to the public, what do they know that they aren’t sharing? Let’s sign on.”

Even though there was nothing else, it was the perception … the “conversation in the head of the prospect” which led to the massive signings and how Ogilvy took over a large share of the advertising market. David firmly believed in complete transparency and an unyielding commitment to integrity in every single ad his agency produced.

The one thing that separated Ogilvy from the rest of the advertising agencies is he wasn’t a whore. Yes, you read that right. Most agencies will take ANY business because it is business and revenue for the agency. Even if it is a wrong fit.

What would make it a wrong fit?

The agency didn’t specialize in the area the client needed plain and simple. However, most agencies there was no way they would let the money go so they would lie and say they did have the expertise…figuring they would “fake it until they made it.”

Be like Ogilvy and be honest with not just your clients but your prospects too. One of the best ways to earn respect and trust from a client or prospect about your capabilities and to recommend other qualified professionals in your field if you or your agency is clearly not the right person for the job. And the best way to lose trust with your client is to hire out said agency under a “white label” to hide it from your client. The other agency does the work, you upcharge their service and you think no one is the wiser. Except the client WILL eventually find out and they will leave you like the whore that you are.

Seriously, if you’re asked for advice on a subject, and you don’t feel you can give a solid response, say so. Saying “I don’t know, but I’ll find out for you” isn’t a death sentence, it is a breath of fresh air. You can tell when someone is BSing you and your client will know the same. Rise above the noise and have integrity like Ogilvy.